Things I learned from my mother's parents:

I can't say that I grew up with an incredibly close relationship with either set of grandparents, but last night as I was laying in bed, the thought came to me of just what I learned from them.

My grandfather was a farmer at heart (not so much a farmer in action) who SWORE by the Farmer's Almanac. I have never purchased a copy but usually listen each fall when they announce the "proclamations" the almanac makes about the upcoming winter on the local news stations. I even comments to a friend the day I heard it that the almanac was calling for a WET WINTER and that our MAJOR SNOW EVENTS wouldn't come until FEBRUARY! Can you say "nailed it"??? I wonder, historically, how often the Almanac gets it right? Guess I should have bought a copy, because then maybe I would know when this awful weather will come to an end! Ice and a clumsy pregnant body are not a good combination!

So my grandfather's gem to me was the Almanac, what was it that grandma left to me?

The best source of news is the NATIONAL ENQUIRER...come one, try to even argue that one!

Dare I even venture to think what my children will say they learned from my parents?
Posted by Laura Riesenberg at 9:28 AM 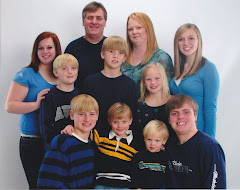 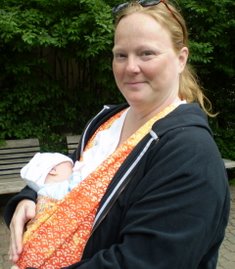 Mom with Luke hanging out in his wrap

Thank you to our soldiers! A snapshot from the memorial day parade 2008 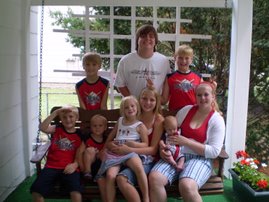